Being a Servant to God’s Servants Part 4 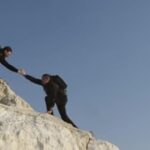 Hello Everyone. I hope you are enjoying these devotional studies on “Serving God’s Servants”. Please comment and share so that we can reach others. Have a great day.
Day Four
John 19:38-42
Joseph of Arimathaea
My Father was my biggest earthly hero. Once when a cousin of ours was buried, he stayed outside beside the grave because the sides were about to cave in and there had to be plywood placed on the sides of the grave to keep it from caving in. When the casket was lowered into the ground, my Father said, “Big John, that’s all I can do for you.

When a person dies, getting them buried falls on the family. In Jesus’s day, there was no life insurance or cemetery fund. Here we see our next servant of the servants, Joseph of Arimathaea. According to the scriptures, Joseph was a counselor of honorable estate. He and Nicodemus were both secret disciples. That means they believed in Jesus, but kept it a secret for fear of the Jews since both of them were servants of the high priest. However, when Jesus died, Joseph threw off the secrecy of his discipleship. He went boldly unto Pilate and asked for the body of Jesus. This had to be a strange request. Since Joseph was a servant of the high priest and the high priest was the driving force behind Jesus crucifixion, it seems to be an oxymoron. Roman custom was to leave a body on the cross indefinitely to warn others of the consequences of breaking Roman law. Pilate allowed Joseph to receive the body of Jesus after being assured that he was actually dead. Joseph as well as Nicodemus took the body of Jesus and prepared it for burial. Do you think there were some bitter sweet thoughts from both Joseph and Nicodemus? Neither of them had been open about their belief in Jesus. They could have just kept their mouths shut and no one would have been the wiser. Instead, Joseph showed how high up he was in the community by going directly to Pilate and requesting the body of Jesus. Don’t you know the high priests were confused that one of their own would be involved with burying someone whom they had wanted crucified.

Joseph gives us an example that eventually, even if we are not very vocal about our faith, there will come a time that we are going to have to step up and let the world know what we believe. As I said earlier, he and Nicodemus could have just kept their mouths shut and let things play out and no one would be the wiser. But Joseph of the Sanhedrin showed his true love for Christ, to the world, and to history. Not only did he bury our savior, but he buried him in his own tomb.

After each of our parents died, my brother and I were pallbearers. This seemed to some to be strange because that wasn’t usually how it was done. The children of the deceased seldom were pallbearers. I said that if we could have carried them alone, we would have because we loved them that much and wanted to do this last thing for them. Joseph was the same way. Jesus death caused Joseph to renounce his secret salvation and announce publicly that he was a believer. There are many rumors about Joseph’s activities after Jesus resurection. Scripture doesn’t say whether Joseph was in the room when Jesus appeared to the disciples, but I like to believe that because of his willingness to serve Jesus in the open to the world, that he was able to see him again. But that’s just me.

I have three dates in my spiritual life that define me now. I was born on August 1st, 1968. I was born again on January 18, 1977, and I accepted the call to be a writer on July 14, 2007. I married my wife Glenda on February 11, 1989 and since then God has given us four daughters. Jordan, Regan, Morgan and Lauran. At this time we have two son in laws, Brandon who is married to Jordan and Duel who is married to Morgan. Brandon and Jordan have two children, Bailen and Mathis while Morgan and Duel also have two children, Nathan and Sarah. For thirteen years of my life, I sang gospel music all around the country with my Father Bob, my brother Darby and my sister Jessica. I have also served as music minister at several churches and am currently serving as a Deacon at Meadville Baptist church. Glenda and I have our own specialty company as well as a public relations company. I have only lived in two houses that are within five hundred yards of each other for fifty one of my fifty two years.

A Battle Plan for Purity: Accountability Partner/Group NOT Required!

Who Am I, Really?

Who Am I, Really?

Questions that Make You Think-Do You Need A Gun?

No Result
View All Result